In order to capture a wedding in full and immortalise those treasured moments which will unfold during the day, I believe it’s important to plan out your day carefully.  Most weddings can be divided into several sections starting with getting ready photographs; photographs of the ceremony; confetti shots; formal family photographs; the wedding breakfast; speeches; cutting of the cake; the evening and the first dance.

There is usually a lull between the end of the meal and the start of the evening when guests arrive.  This is the time that I will take the bride and groom off to have their photographs taken.  However, certain weddings such as Jewish weddings in particular, the above routine is not the case.  A Jewish wedding is non-stop from the moment I arrive to take bridal preparations through to after midnight although this is exhausting, it is an adrenaline packed day for myself with lots of photo opportunities.

So, when Keren and Daniel booked me for their Jewish wedding, I was very excited.  Let me run through their day:

The ceremony was to take place at the Majestic Hotel, Harrogate where the bride and groom were also getting ready and the party was taking place at the Harrogate Royal Hall just a very short walk from the hotel.  I arrived early in the morning to take photographs of Keren getting ready and the flipary photographs (shoes, jewellery, veil and dress).  After completing these, I then spent some time with the groom, Daniel and his groomsmen capturing fun photographs including the classic Reservoir of Dogs shot.  After this, the men meet up for a drink (L’Chayim) and the groom signs the Jewish marriage certificate (Ketuba).  Then, back with the bridal party.  The next part of the day was the ceremony where the groom checks he has the correct bride and covers her face with her veil.  This is known as the ‘bedecken’.  Next on the agenda, is the wedding ceremony itself called the “Chuppa”.  Key shots include the bride circling the groom 7 times; the parents giving wine to the bride and groom and then what most people consider the climax of the Chuppa, the stamping down and breaking of the glass by the groom.  Straight after the ceremony, the bride and groom will usually sign the civil register and then the bride and groom are given a few moments alone in a separate room from everyone.  As it is tradition that the bride and groom do not eat before their wedding, this is when they can have something to eat together (hence the term ‘the wedding breakfast’ because this is when they have broken the fast.

Next comes the formal photographs, this is where it is important that I have arranged with the bride and groom who needs to be in the photographs and usually the ushers help to find the relevant family and friends for the photographs.  After this, I now take the bride and groom photographs.  With Keren and Daniel we were running rather late and as the party was to be held at the Royal Hall in Harrogate, we only had about 15 minutes to take these photographs.  Having had a pre-wedding meeting with the couple, we knew exactly where we wanted to take the photographs and which ones needed to be taken so we managed to squeeze in all the images which they wanted.  Next comes what I consider to be the most exciting part of the wedding where there is Israeli dancing and there are lots of shots to be taken including the iconic shots of the bride and groom being lifted on chairs.  After the dancing comes the meal and during the meal there is usually several speeches.

At the conclusion of the meal, it is traditional for grace of meals to be said and this includes 7 blessings which are often given by different people so more shots of each person whilst they say the blessing.  The party will then continue in full swing often until midnight.

Keren and Daniel’s wedding was a fun-packed day with lots of action.  Having spent over 14 hours at the wedding, I managed to capture over 2,500 images.  A website with all these images is then provided within 7 days.  The bride and groom, after giving me a fantastic google review, selected 120 photographs so I could produce a A3 hand made wedding album.  In fact, they ordered 5 extra albums which were given as gifts to the bride and groom’s parents and other family members.  They also ordered a number of large hand printed photographs which were framed.

When they picked up the albums and photographs they were absolutely delighted with the results and could not stop smiling.  Thank you Keren and Daniel for being a fantastic bride and groom and using me as the official wedding photographer.

Wedding photography used to be about posing awkwardly in a line with your brand new in-laws, hoping your hairstyle wouldn’t look too ridiculous on the mantelpiece in 20 years’ time.

That’s all changed in the last few years with the boom of the wedding industry. Now it’s one more way for brides and grooms to express their personalities, with an endless variety of options available. Couples of a cultural persuasion and those with an artistic side, in particular, are increasingly making sure they’re wedding-day mementos are works of art in their own right. 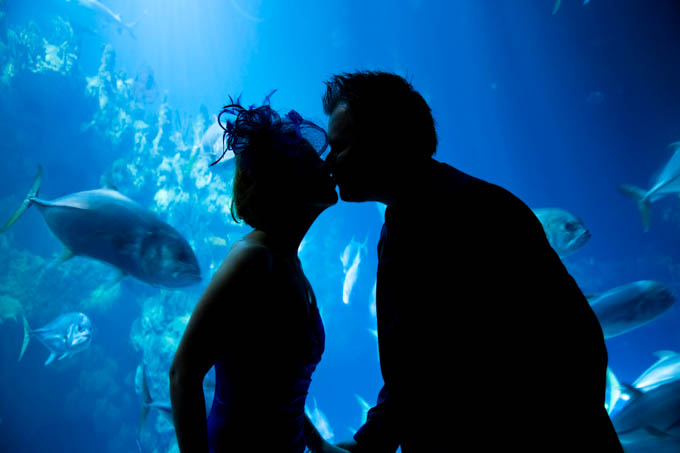